Unfortunately the Fortenfestival has been cancelled. We’ve been offered to open for a great band on another date, more on that very soon!

Saturday September 3 we will be playing at Fortenfestival, either in the Loods or if the weather is nice, on the outside stage of the Muziekfort. We will be sharing the stage with Gentle and Lorena + The Tide, two other local bands. Fun fact, the drummer of Gentle is a son of the drummer of Jeremy’s first band (Love is Killing). Great to see that the IJmond musical tradition is passed on to future generations!

We will play for about an hour starting from 21:00. Setlist looks like this so far:

For more info and tickets check the Muziekfort site. 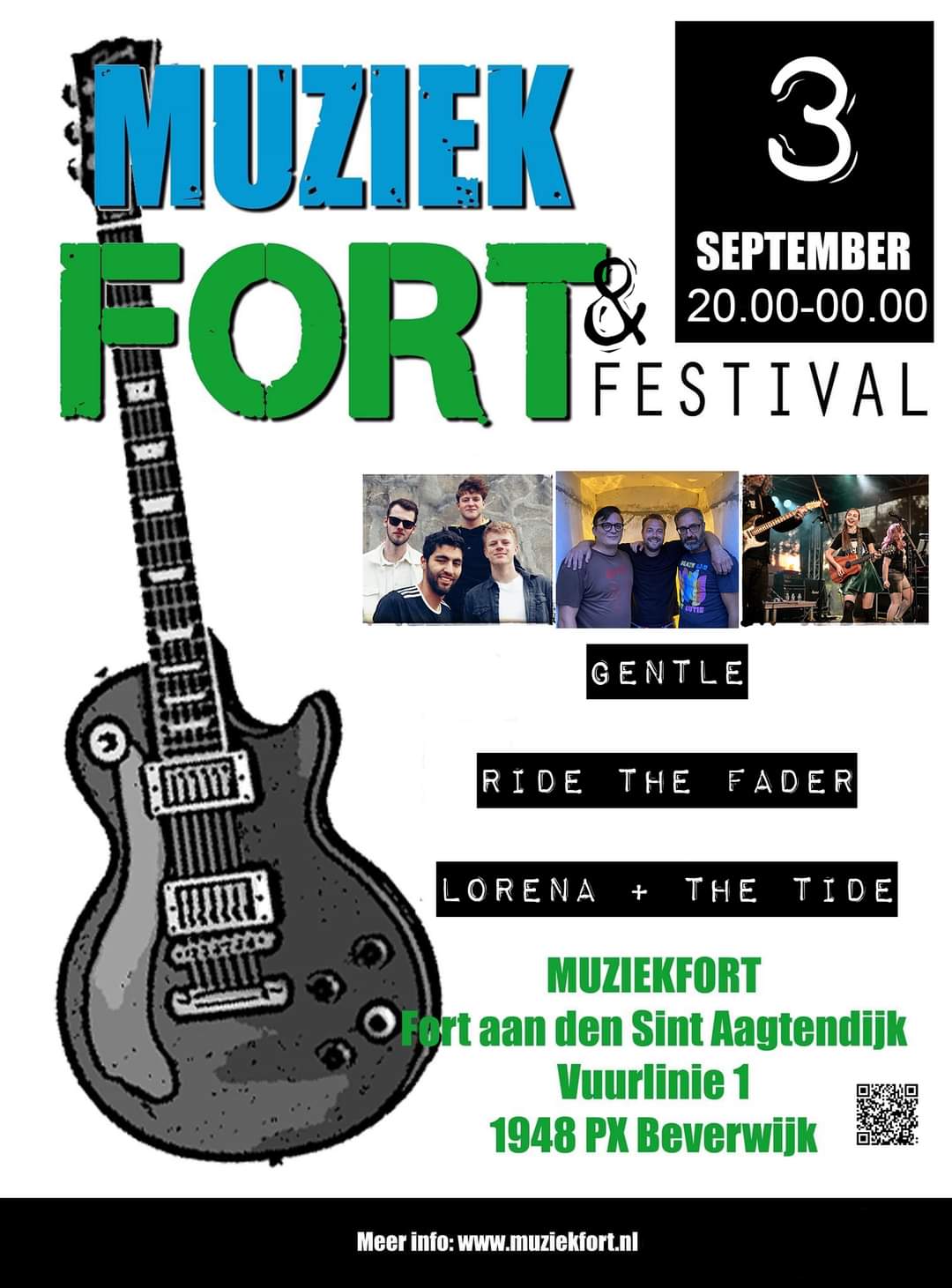